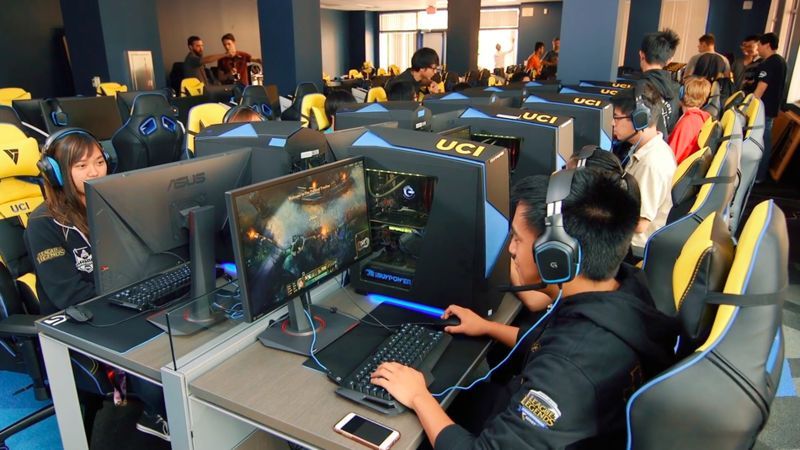 UC Irvine will Open the First Ever College eSports Arena

Joey Haar — September 15, 2016 — Tech
References: esports.uci.edu & mashable
Share on Facebook Share on Twitter Share on LinkedIn Share on Pinterest
ESports are on the rise, and UC Irvine is proving it by opening up the first ever college eSports arena for the school's competitive gaming teams. Set to officially open on September 23rd, the arena will house 80 powerful gaming computers and consoles and will have many of the most popular eSports titles.

UC Irvine's eSports department (which does, in fact, exist) polled its student body in order to decide which games it would include in the state of the art arena. The games ultimately selected include 'Counter-Strike,' 'Left for Dead,' 'Overwatch,' 'Heroes of the Storm,' 'Hearthstone,' and 'League of Legends,' among others.

Including 'League of Legends' was essential, as the game's studio, Riot Games, provided consultation and financial support in the design and purchasing of UC Irvine's new eSports arena.
3
Score
Popularity
Activity
Freshness
Get Trend Hunter Dashboard