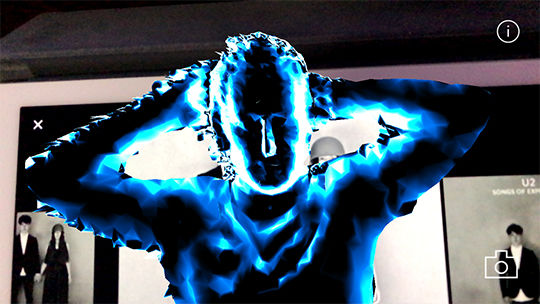 Rahul Kalvapalle — May 2, 2018 — Tech
References: u2 & atu2
Share on Facebook Share on Twitter Share on LinkedIn Share on Pinterest
Irish rockers U2 will certainly go down as one of the pioneers in the annals of rock music, but the band is also positioning itself as a revolutionary force in the realm of augmented reality technologies, thanks to the release of an innovative new concert app that aims to give its concert-going fans a different level of immersion altogether.

Dubbed 'U2 Experience,' this AR concert app is available for free download on both the iOS and Android platforms, and allows users to go about using their cameras to identify images on the band's latest album cover, at which point a three-dimensional image of frontman Bono jumps out of the album cover.

What's more, this concert app will also allow U2 fans to engage in a high-tech AR introduction for the band's upcoming shows, making this a fine example of augmented reality being used to boost live experiences.
5.1
Score
Popularity
Activity
Freshness
Access Advisory Services