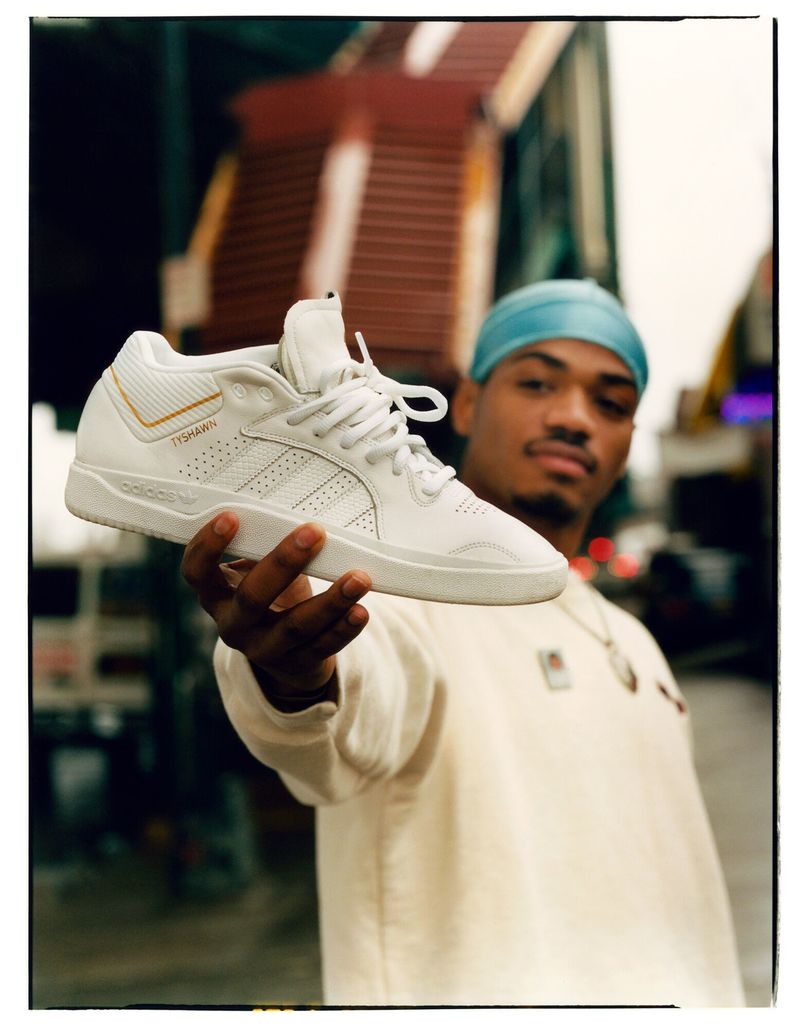 Kalina Nedelcheva — June 24, 2019 — Fashion
References: adidas
Share on Facebook Share on Twitter Share on LinkedIn Share on Pinterest
Tyshawn Jones is a hot name in the skateboarding industry as he was given the title of 'Skater Of The Year' in 2018. Building on his expertise and his surge in fame, adidas Skateboarding partners with the athlete to produce Tyshawn Jones' first-ever Pro Signature shoe.

The silhouette is expected to drop sometime in July. Leading up to this, however, the brand launches the Tripple White Tyshawn which is a slick, ultra-stylish, white-on-white colorway. The footwear was designed with the help of the skater, who also tested its versatility on the board. In terms of a skateboarding shoe, this iteration boasts subtle basketball aesthetics, coupled with unparallel durability and adaptability.

This Tyshawn Jones-inspired design was released on June 22 and it retails for $95 USD.
3.8
Score
Popularity
Activity
Freshness
Get Better and Faster