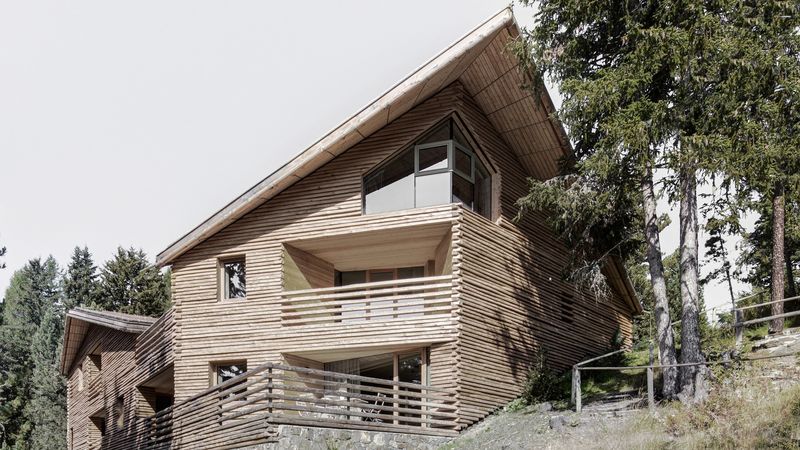 Joey Haar — May 18, 2017 — Art & Design
References: bergmeisterwolf.it & dezeen
Share on Facebook Share on Twitter Share on LinkedIn Share on Pinterest
Lincoln Logs are an old but timeless kids toy, and the 'Twisted House' by Bergmeisterwolf, an Alpine architecture firm, takes inspiration from those simple building sticks. The apartments in South Tyrol employ the same alternating overlap that kids use when building houses out of Linclon Logs, but, as their name suggests, the apartments fascinatingly rethink the ways in which such a technique can be put to practice.

Each volume in the Twisted House apartments indeed has a facade covered in alternating slats of timber, but the walls are shaped at irregular angles to add some dynamism to what would other wise perfectly rectangular buildings. The roofs are then offset from the shapes of the buildings, further adding to the geometric twist that characterizes the apartments.

The Twisted House complex is built around a central courtyard outside of the town of Brixen, near Bergmeisterwolf's studio.
4.5
Score
Popularity
Activity
Freshness
Attend Future Festival Virtual