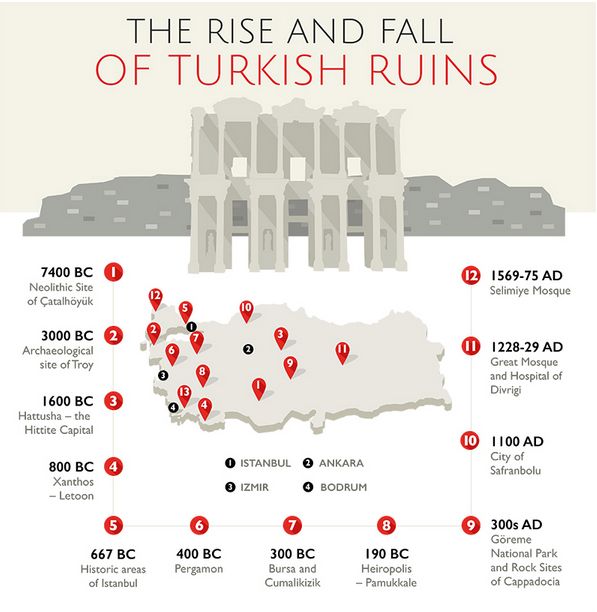 Vasiliki Marapas — April 17, 2015 — World
References: swissotel & swissotel
The latest infographic by Swissotel details the "Rise and Fall of the Turkish Ruins." More accurately, the inforgraphic goes through several noteworthy historical landmarks and lists their location, the airport nearest to it, the time period it was built, the reason it was built and several other interesting facts and tips about it for potential travelers.

The Infographic includes intriguing examples such as the archaeological site of Troy, which was built in 3000 BC as a walled sediment that was later besieged by the Greeks during the Trojan war. If this story sounds familiar, it's probably because it was immortalized in Homer's Iliad; however, a little known fact about Troy is that it was once called the Ilion and ruled by Alexander the Great.

The 'Rise and Fall of the Turkish Ruins' infographic goes onto list eleven other examples that are equally as interesting, especially for history enthusiasts and world travelers.
2.8
Score
Popularity
Activity
Freshness