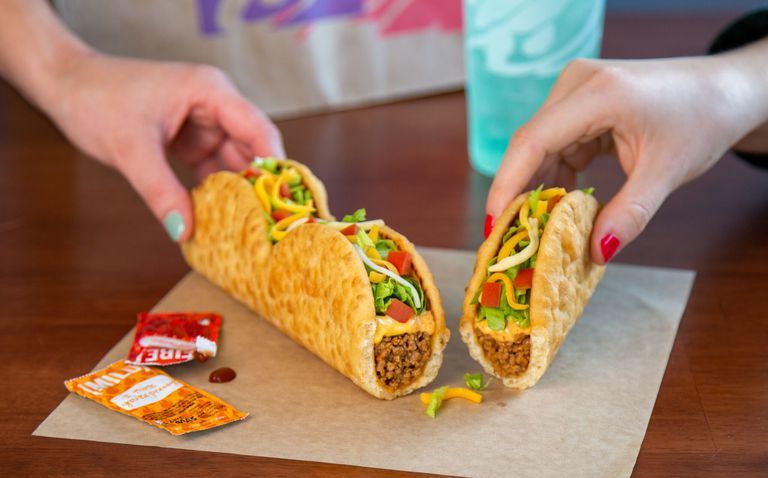 Taco Bell's New 'Triplelupa' is Made of Three Chalupas Joined Together

Katherine Pendrill — November 21, 2018 — Lifestyle
References: delish
Share on Facebook Share on Twitter Share on LinkedIn Share on Pinterest
The Chalupa is one of Taco Bell's most beloved items and now the fried flatbread tacos come in threes, thanks to the debut of the 'Triplelupa.' Currently being tested at 12 participating Taco Bell locations in in southern California, the tasty pull-apart taco take sharing to a whole new level.

Just as the name suggests, the Triplelupa consists of three Chalupas joined together as a trio. The Chalupa shells are joined at the bottom, so consumers simply tear them off to enjoy. Inside, the tacos are filled with seasoned beef, three-cheese blend, lettuce, and diced tomatoes. The Chalupas are also topped with nacho cheese on one end, chipotle sauce on the other, and a combo of the two sauces on the middle Chalupas for a unique flavor profile in every bite.