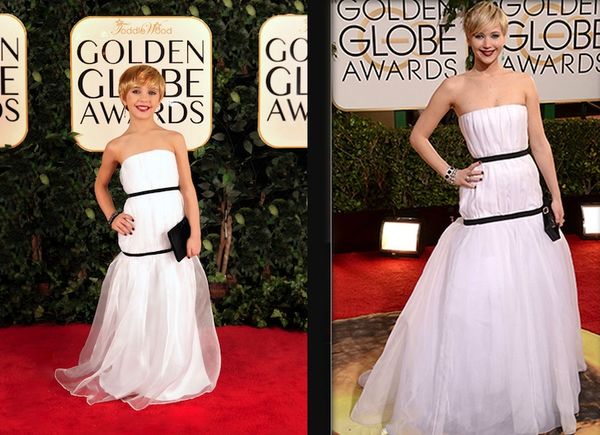 Tricia Messeroux has done similar projects before, covering award shows such as the Golden Globes and the Grammy Awards. The tiny tots included in these fashionable shots sport glamorous gowns, small suits, slicked back hair and piles of cosmetics, just like actual celebrities do.

This particular series covers the 2014 Golden Globe awards. This cinematic celebration was hosted by comedic stars Tina Fey and Amy Poehler. Both of these lovely ladies have been replicated in this cutesy red carpet series, along with celebs like Jennifer Lawrence and Kelly Osbourne.
4.5
Score
Popularity
Activity
Freshness

Make-Your-Own Burger Ads
In France, Burger King is Sharing How to Make a Whopper at Home