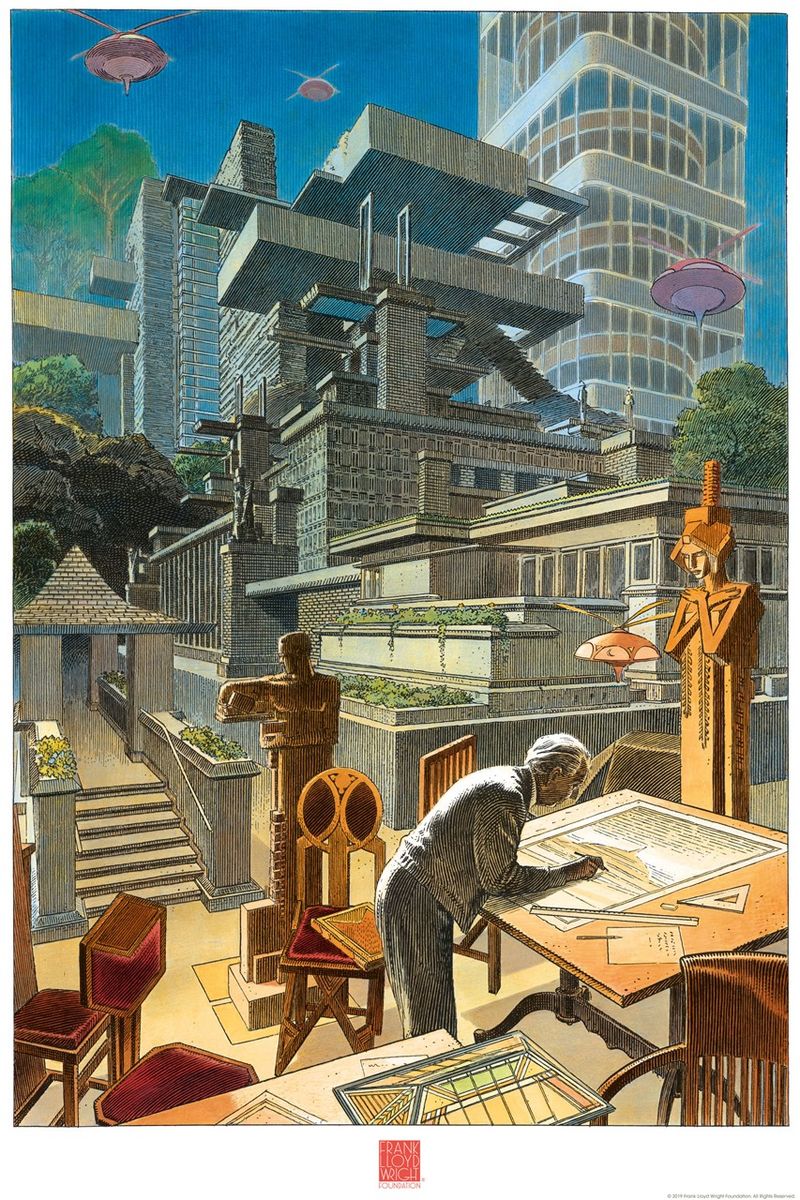 Kalina Nedelcheva — June 11, 2019 — Art & Design
References: instagram & hypebeast
Share on Facebook Share on Twitter Share on LinkedIn Share on Pinterest
A travel poster exhibit is in the works. Set to debut on June 15th at the winter home of the late Frank Lloyd Wright in Scottsdale, Arizona, and on July 26th at Hashimoto Contemporary in New York City, the event will be on display for only two days.

The exhibit comes through thanks to a collaboration between the Spoke Art Gallery and the Frank Lloyd Wright Foundation. It will feature a number of intricate, retro illustrations that are strongly influenced by the "essence of the Works Progress Administration's travel posters from the 1930s." Among the enlisted artists are Steve Thomas, Nico Delort, George Townley and more.

The travel poster exhibit is named 'Frank Lloyd Wright: Timeless.' As one can infer from the title, the event is also centered around the celebration of the mind and works of the late architect and writer.
6.4
Score
Popularity
Activity
Freshness
Attend Future Festival Virtual