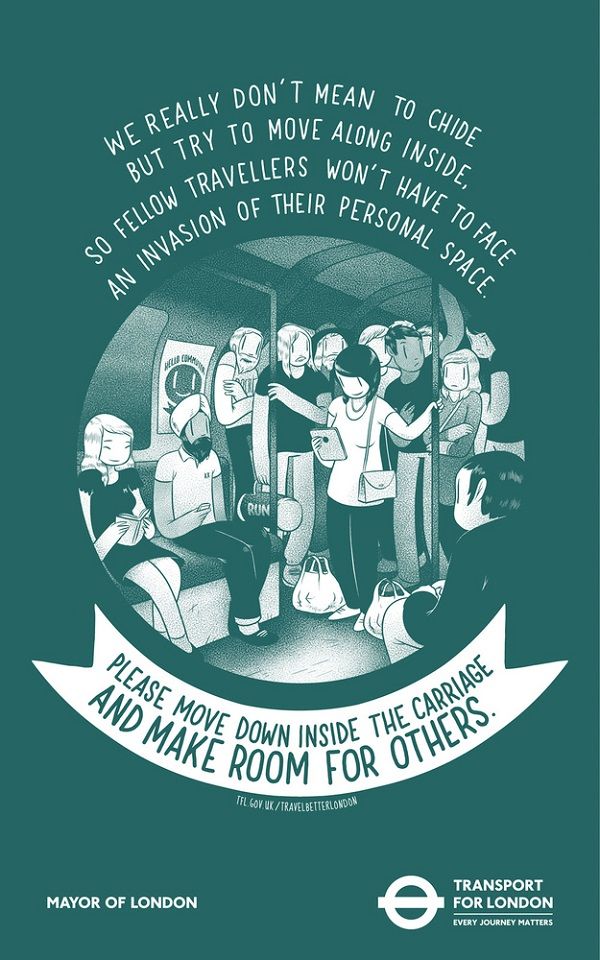 On a Tumblr account called Travel Better London, created by Transport For London, poems written by London poets are showcased to encourage better subway etiquette. The pop-up performances will be showcased at nine major Tube stations. One poem, for example, says, "We really don't mean to chide/But try to move along inside/so fellow travelers [sic] won't have to face/an invasion of their personal space."

The "poetiquette" initiative was meant to coincide with National Poetry Day in England, and will run until October 4, 2013. The winning poem, including submissions by the public, will be made into a poster and featured at various stations in the sprawling Tube system.
2.5
Score
Popularity
Activity
Freshness
Attend Future Festival