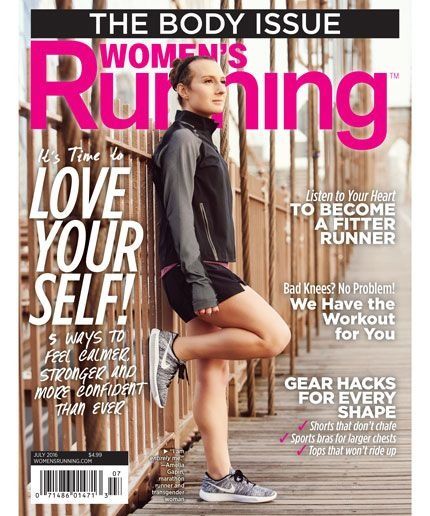 The new Women's Running cover features an image of Gapin posing against a fence in her running gear. The cover emphasizes Gapin's strength and her confidence, which complements the body image content addressed inside the magazine. As an engineer, startup co-founder and marathon runner, the publication sheds light on Gapin's many accomplishments. As Gapin explains in her cover interview, "I'm more than just a trans person. I'm an engineer, a startup co-founder, a wife, a nerd, a feminist and a thousand other things too."

The historical magazine cover not only helps to normalize the participation of trans athletes in sports, but it also demonstrate's the publication's commitment to including all athletes who identify as women.
3.5
Score
Popularity
Activity
Freshness