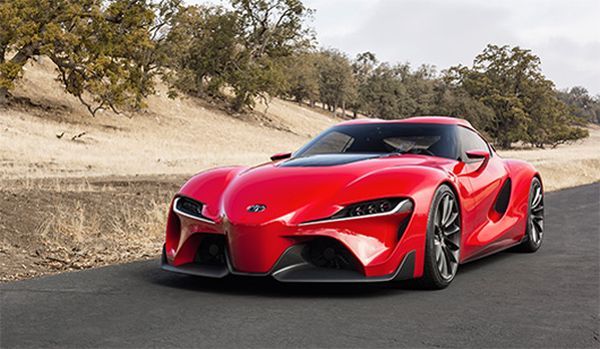 Jennifer Paul — April 20, 2014 — Autos
References: toyota & mashable
The Toyota Gran Turismo 6 is a sports car that would stop traffic. Toyota gave its fans a closer look at the video game-inspired FT-1 concept car at the New York International Auto Show this week. The beautiful car was designed by Calty Design Research in California. The sports car's sleek curves and bold look is even more impressive in person than on paper.

Mike Michels is Toyota's vice-president of product communications and he told Mashable that, "It was originally designed and conceived for Gran Turismo 6 on the Sony PlayStation. The designers took it to our global president, Akio Toyoda, who is a real gear head — he loves cars. They had him drive it, and he was so in love with it that he said, 'You have to make this a real car.'"

The Toyota Gran Turismo 6 is pure performance. It is a track-focused sports car model that any car enthusiast would be happy to drive.
2.2
Score
Popularity
Activity
Freshness