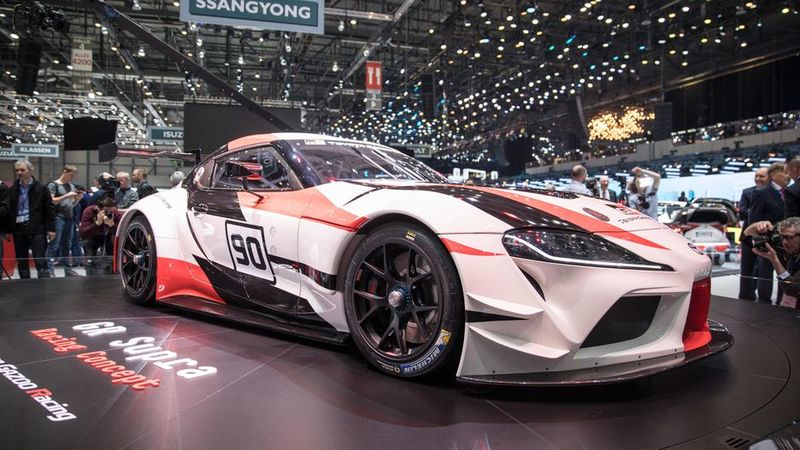 Justin Lam — March 7, 2018 — Autos
References: bloomberg & cnet
Share on Facebook Share on Twitter Share on LinkedIn Share on Pinterest
After a 16-year hiatus, the iconic Toyota Supra is back and it is being called the Toyota GR Supra Racing Concept. Launched as part of the Toyota Gazoo Racing line, the new Supra features a classic front-engine, rear-wheel drive layout, but embraces modernity in its use of lightweight materials. The body resembles the FT-1 concept debuted at the 2014 Detroit Auto Show, but also carries with it a classic Supra look. Toyota has not revealed what powers the car, but it has shown off the center-locking BBS racing wheels, Michelin racing tires, racing exhaust and Brembo brakes.

The materials used in the Toyota GR Supra Racing Concept reflect the performance nature of the car and were all carefully curated to give the vehicle amazing track speeds. Lightweight materials can be found in the bumpers, splitter, diffuser and rear wing. The windshield and side windows are made of plastic and air-deflecting canards can be found on almost every inch of the body.

Fans of the iconic Supra will have the chance to virtually drive the car, as Toyota will bring the GR Supra Racing Concept to the Gran Turismo Sport video game.