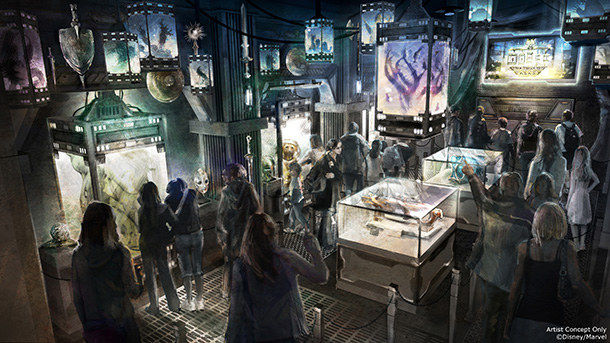 Erica Francis — July 27, 2016 — Pop Culture
References: disneyparks.disney.go & buzzfeed
Say goodbye to Disney California Adventure park's 'Tower of Terror' and say hello to 'Guardians of the Galaxy - Misson: BREAKOUT!' The iconic ride based on the 'Twilight Zone' takes adventurers up several floors on an elevator for some frightening scenes before they're dropped to the ground. Although the free-fall aspect is still apart of the new Marvel ride, the overall experience will be quite different. The Guardians of the Galaxy ride will take park patrons up on a gantry lift to follow one character, Rocket, as he works to free Guardians who have been captured by a nemesis. The ride will have new effects and will feature the soundtrack to the movie.

Though some patrons may not be open to the replacement, Disney has recognized that Gen-Z and Millennials did not grow up with the Twilight Zone. The Tower of Terror could be fun for them, but the new ride may prove to be a better experience by connecting them with a movie they recognize.
3.5
Score
Popularity
Activity
Freshness