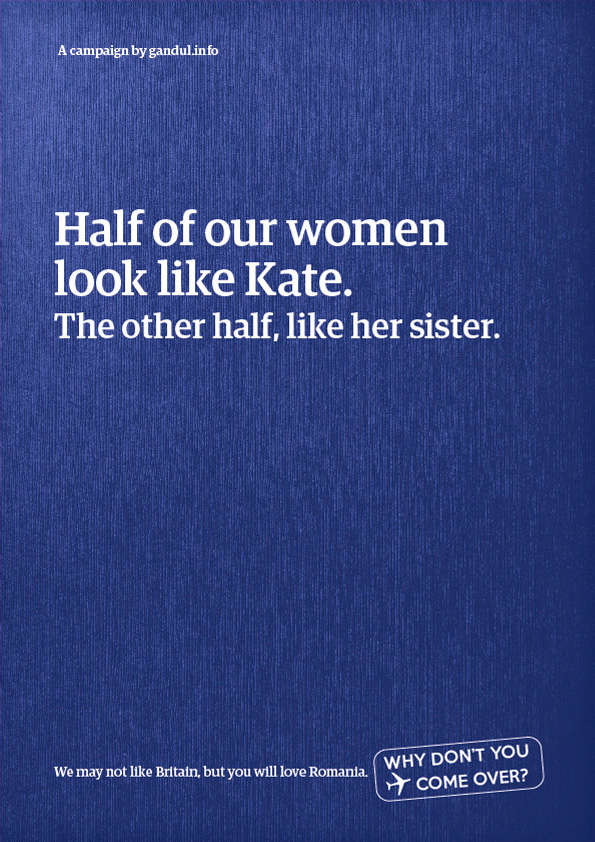 Paul Maccarone — September 6, 2013 — Marketing
References: gmp.ro & designtaxi
Share on Facebook Share on Twitter Share on LinkedIn Share on Pinterest
The new series of Romanian tourism ads come with some bite directed straight at Britain. The ads are a result of the campaigns in Britain that were against Romanian and Bulgarian immigrants. The clever tourism ads have taken a witty, albeit slightly aggressive approach to its main theme.

The advertisements are done with a minimalist theme to highlight the clever message written on each one. With sayings like, "Summer here lasts three months, not three hours," and a slogan of "We may not like Britain, but you'll love Romania," it's easy to see the lighter side of the ads.

The campaign was created by Romanian newspaper 'Gandul' in collaboration with 'GMP Advertising.' Regardless of how the ads are received, the creativity of the campaign certainly cannot be ignored.
5.2
Score
Popularity
Activity
Freshness
Get the 2021 Trend Report FREE