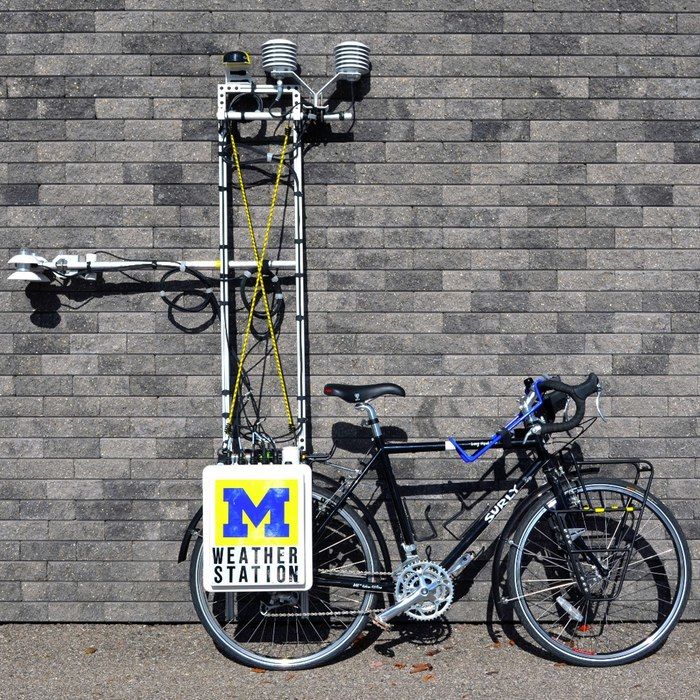 This Touring Bike is Loaded With Weather-Monitoring Gadgets

Rahul Kalvapalle — March 1, 2016 — Tech
References: buffalo.edu & gizmag
Share on Facebook Share on Twitter Share on LinkedIn Share on Pinterest
Nicholas Rajkovich, an architect at the University of Buffalo, has conceived and constructed an innovative new touring bike that is equipped with a fully functional weather station. The bike was designed to be able to gather and compile fine weather data from around the Cleveland area.

The touring bike comes fully equipped with a thermocouple unit, a hygrometer, a global positioning system, a camera and an infrared radiometer device. Some of these high-tech components are situated on a 6.5-foot aluminum tower that itself is attached to the rear of the bicycle, ensuring that they don't interfere with the bike's functioning.

The inclusion of all of these elements means that what initially appears to be a regular touring bike manages to help gather highly localized micro-climate data that could be very valuable to researchers in the field of climate change, in addition to urban planners.