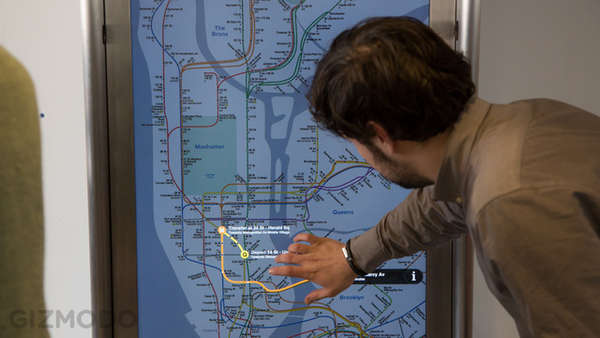 These digital maps were developed by design consultancy firm Control Group. A key part of the project is its adaptability as the information displayed can be updated and manipulated according to new developments within the subway system. The touchscreens will furthermore alert those using the public transport system of service changes, service alerts and point to point directions, enabling riders to literally map out their journeys. An improved method of operation will as such be seen.
3
Score
Popularity
Activity
Freshness

Dual-Function Phone Stands
The Stilt by Quirky Serves as a Prop for Your Cell, as Well as a Stylus