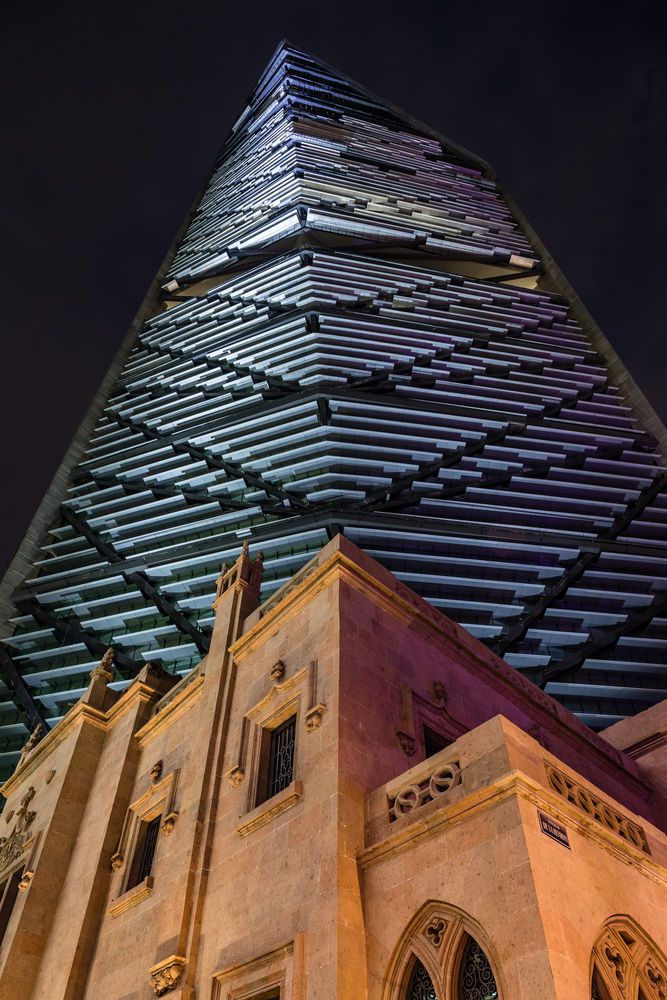 'Torre Reforma's' Facade Looks Like a Blade Slicing into the Sky

Joey Haar — August 8, 2016 — Eco
References: lbr.mx & archdaily
Share on Facebook Share on Twitter Share on LinkedIn Share on Pinterest
Cutting through the downtown core of Mexico City is Torre Reforma, an office building designed by architecture firm LBR + A. The newly opened triangular building has one glass side, but the facades on the second and third faces are covered in gray concrete, giving the building a sharp, razor-like appearance when the light is right.

Aside from its striking appearance, Torre Reforma was built with social and environmental concerns in mind. The approved building site covers space where a historical building stands, but rather than tearing it down, the architects incorporated the old building into the new one, making the historical house part of Torre Reforma's lobby and preserving its legacy. Environmentally, the building's facades allow for fewer structural columns, ultimately reducing energy consumption when compared to all-glass buildings, according to the architects.
2.4
Score
Popularity
Activity
Freshness
Get Trend Hunter Dashboard