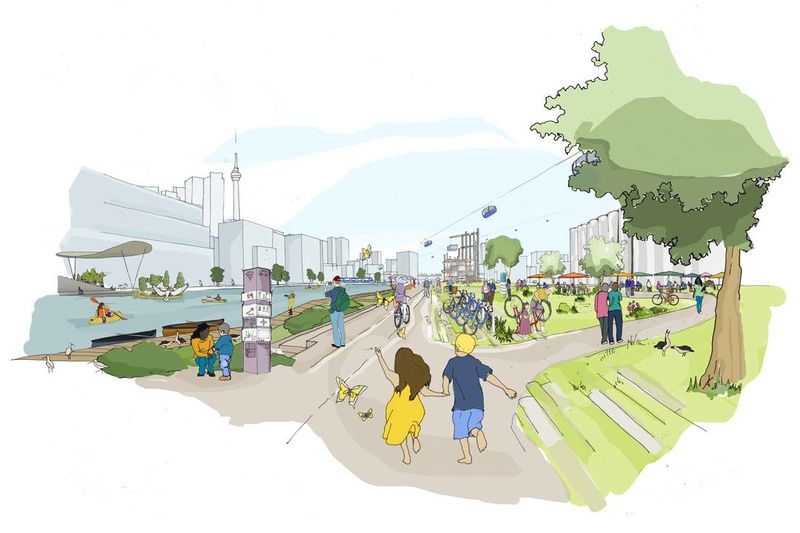 The design plans to incorporate cutting-edge technology in an attempt to "build an urban gathering place for businesses, locals and visitors." Although the designs are still in the early phases of development, the project is expected to include free WiFi, autonomous trash systems, clean energy resources and self-driving cars.