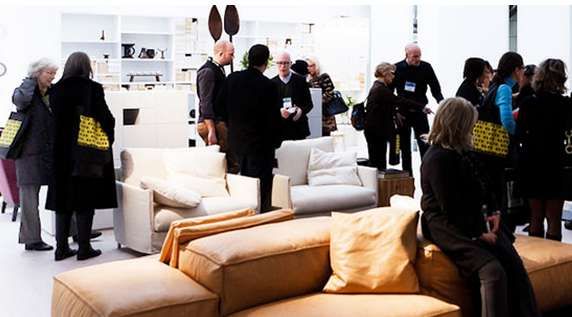 Showcasing the Best of Canadian Design

Shelby Lee Walsh — January 22, 2013 — Art & Design
References: nbc & interiordesignshow
Share on Facebook Share on Twitter Share on LinkedIn Share on Pinterest
The Toronto Interior Design Show kicks off on January 24th at 7:00pm with their opening night party. There are a slew of interesting new designs on the market, and IDS looks to cover the cream of the Canadian crop.

There are so many things to check out at the 2013 show. What we're most excited about is National Bank's WORK.SPACE exhibit, which we've curated! It's going to feature 20 of the most innovative offices from all over the world. Designer Jentry Chin is behind the look and feel of the hip, urban booth, which you can get a sneak peek of in the featured gallery.

The Toronto Interior Design Show has created quite an event since its humble beginnings in 1999 and the show has had over 660,000 design professionals pass through since its inception.
5.2
Score
Popularity
Activity
Freshness
Jeremy Gutsche Keynote Speaker