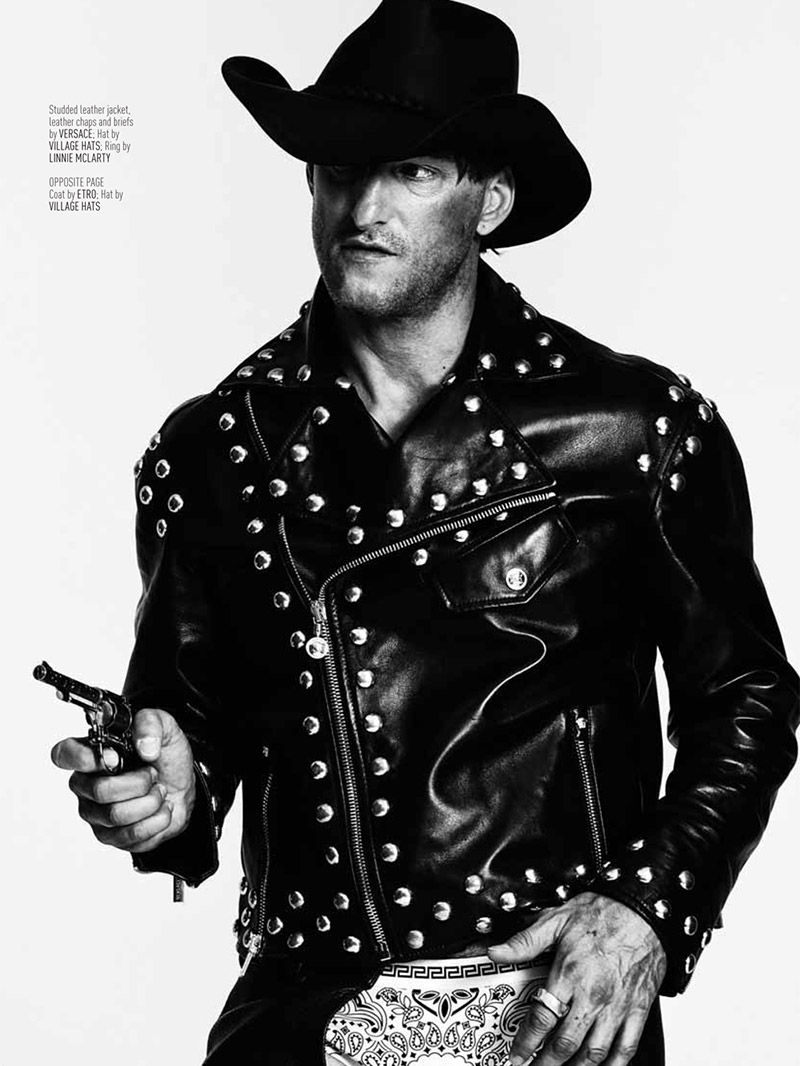 Jana Pijak — September 2, 2014 — Pop Culture
References: augustman & fuckingyoung.es
Tony Ward stars in 'All About The Art', a fashion story featured in the latest issue of August Man magazine. The top model and self-proclaimed "chameleon" dons a more rugged than usual look in this series that is captured by photographer Alexander Beer's lens.

The model--previously linked to pop star Madonna--channels a fashion-forward cowboy in an editorial that is styled by Camille Adomakoh. For the series, Tony Ward dons designer staples and accessories from labels that include Dolce & Gabbana, Christian Louboutin and Paul Smith among other names.

Tony sports studded leather jackets, denim and plaid shirt pairings and even oversized hat accessories that bring his rugged and masculine character to life. In his accompanying interview for August Men, the model states "I am a chameleon, I've always changed my look and I always will."
5.4
Score
Popularity
Activity
Freshness