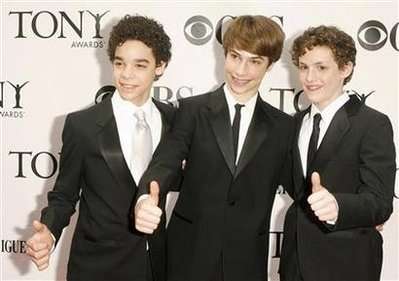 'Billy Elliot: The Musical' Prances Away With 10 Tony Awards

'Billy Elliot' was originally a film directed by Stephen Daldry in 2000, which Elton John suggested be adapted for theatre.

Stephen Daldry is not only known as an Oscar-nominated director, but he has also received an award for best musical director at the recent Tony Awards.

Implications - The widespread professional recognition the Billy Elliot musical has received is indicative of an all-around incredible production. With awards for music, acting, directing, script and many more, every element of the musical is being recognized in a way that makes it a must see on broadway!
1.7
Score
Popularity
Activity
Freshness
Get Trend Hunter Dashboard