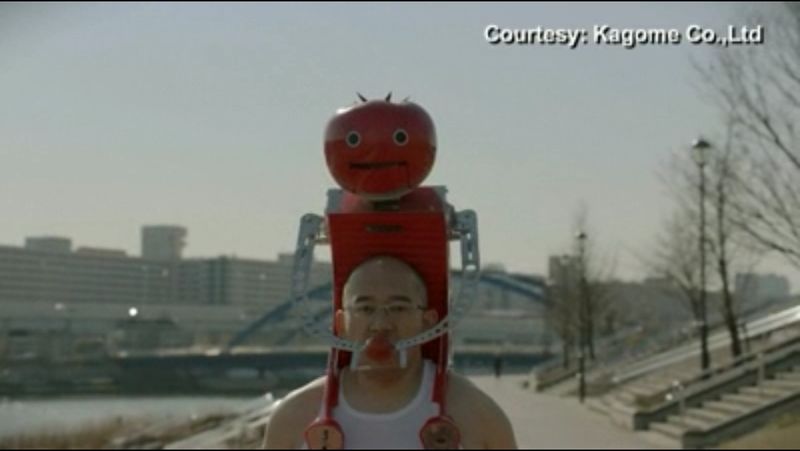 Tristan Garnett — March 10, 2015 — Lifestyle
References: japantimes.co.jp & nbcnews
Share on Facebook Share on Twitter Share on LinkedIn Share on Pinterest
Instead of drinking water or your favorite sports drink while out running, one company wants you to eat tomatoes instead. Kagome, a Japanese manufacturer and distributor of tomato-based foods, recently unveiled the 'Tomatan,' a hands-free tomato machine. Tomatoes may sound like a bizarre food to eat while running, but the Japanese company says "tomatoes have lots of nutrition that combat fatigue."

The 'Tomatan' itself is an interesting looking product. Designed for athletes, the cartoon character-looking tomato machine sits on top of athletes' back as they run, delivering them tomatoes. On the foot of the machine is a lever that moves the arms to catch a tomato from the shooter. The arms then rotate the fruit over the runner's head and places it in front of their mouth. The 'Tomtan' appears to be fun to use but at a weight of 18 pounds, it is not very practical.
2
Score
Popularity
Activity
Freshness
Get Trend Hunter Dashboard