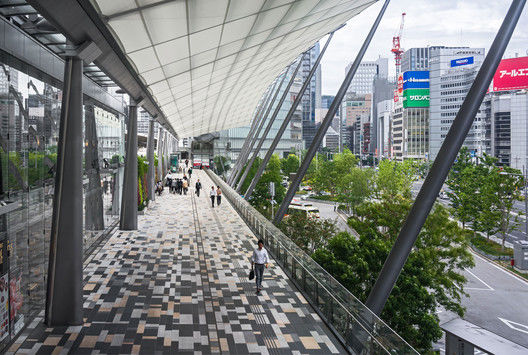 The newly refurbished station now sits elevated over a parallel street, allowing for commuter access from the ground, underground, east and west of the station. The station services commuter trains as well as a high-speed rail. The open-air redesign now allows for an abundance of space, waiting areas and access to nearby retail spots.

At each end of the Tokyo train station are two tall office towers. At night, these towers are lit, which helps to illuminate the station. The towers have been designed so facades are used to divert airflow into the station, filling it with a constant flow of air.
2.9
Score
Popularity
Activity
Freshness
Get the 2021 Trend Report FREE