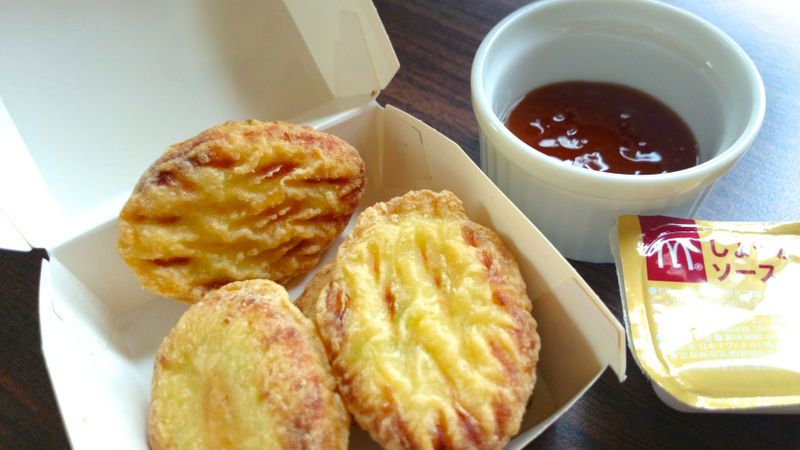 Laura McQuarrie — August 1, 2014 — Lifestyle
References: mcdonalds.co.jp & en.rocketnews24
Share on Facebook Share on Twitter Share on LinkedIn Share on Pinterest
A new item on the McDonald's Japan is tofu nuggets, which seem to have appeared not to appease vegetarians, but as the result of a Chicken McNugget scandal in China. A major food supplier in China reportedly shipped expired meat to numerous companies, and as a precaution, McDonald's Japan decided to temporarily pull its McNuggets from over 500 locations until a new supplier can be sourced.

Apparently the tofu nuggets have been a work in progress long before this scandal, but the launch time couldn't have come at a better moment for McDonald's. Either way, pescatarians will be happy to know that there are options for them. The nuggets do resemble the classic Chicken McNuggets, however, they are made from a mix of tofu, carrot, onion and fish instead—not totally meat free, but it's a start.
2
Score
Popularity
Activity
Freshness
Get Trend Hunter Dashboard

Chicken-Infused Cocktails
The McNuggetini Blends Dinner for Your Dessert Drink