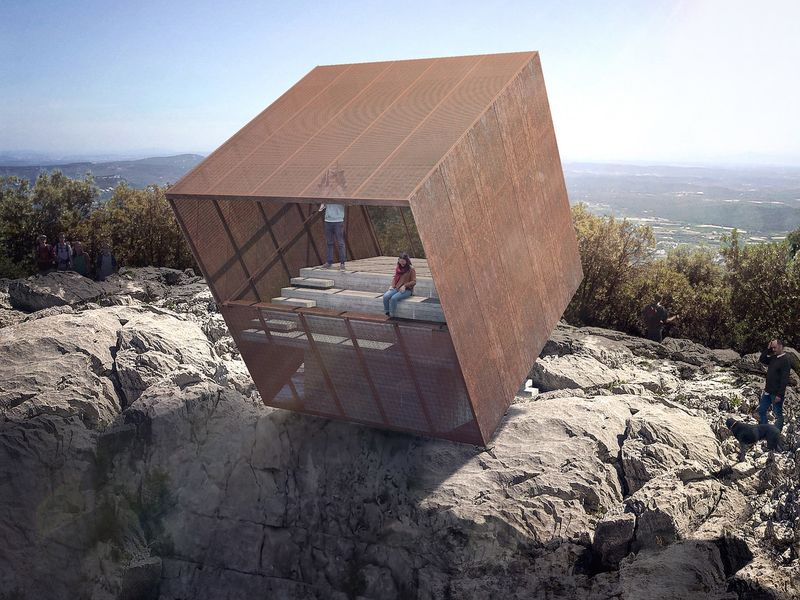 'Tip-Box' Offers a Vertigo-Indusing View of the Mountains

Joey Haar — February 13, 2017 — Art & Design
References: christophebenichou & archdaily
Architect Christophe Benichou's 'Tip-Box' is a fictional project designed as an ode to the void and vertigo. The precipitous lookout station, which would theoretically be placed at the peak of Pic-Saint-Loup in Montpellier, is designed with an oxidized metal facade tilted down towards the valley thousands of meters below, giving viewers an intense feeling of teetering on the edge of oblivion.

The inside of Tip-Box is relatively simple, offering only wooden bleachers on which people can sit — though, unlike the cube, the bleachers are level. If built, Tip-Box would serve as a lookout and resting point for hikers as well as a catchy visual trick for those looking up at it from the base of the sheer cliff. Aside from the open viewing window, Tip-Box's facade is made of a metal screen that gives those inside a view of the complete surroundings.
4.5
Score
Popularity
Activity
Freshness