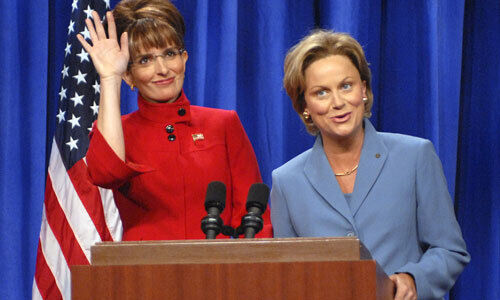 In fact, the premiere was the most-watched SNL episode since December 2002, when another politician, former vice president Al Gore, was the guest host.

It seems there is just no stopping the mania of Sarah Palin. Even though celebrities like Lindsay Lohan and Matt Damon have explicitly attacked her, everyone else seems captivated by the former beauty pageant queen.