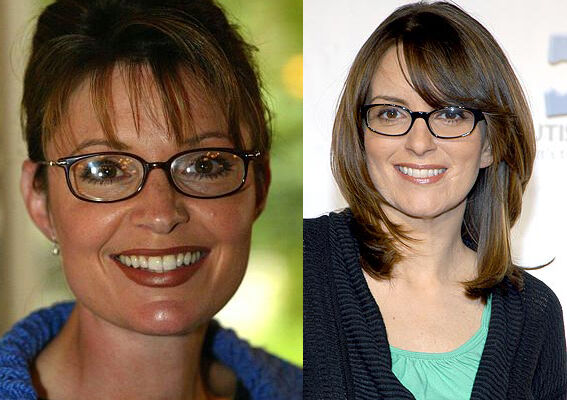 Bianca — September 16, 2008 — Social Good
References: trendhunter
Share on Facebook Share on Twitter Share on LinkedIn Share on Pinterest
Tina Fey as Sarah Palin on SNL quickly became viral, but while most people just took the video as amusement, others were upset. Tina Fey hyped Sarah Palin’s feminine attributes in such a way that it mocked her; she made fun of her ‘momisms’ and small town background as well as the glasses she’s become famous for.

“U. S. feminist-liberalism has come round to define one of its core beliefs: The Bimbo Doctrine,” the Financial Post says. “Any political woman who doesn’t sound and look like either a cynical wisecracking babbling babe on The View or a frowsy academic from the Council on Foreign Relations is, under the Bimbo Doctrine, two frying pans and a bikini away from being Miss America.”

According to an online dictionary, a mother is described as “someone that gives rise to or exercises protecting care over something else.” Sounds like something the US needs right now.

Sarah Palin is finally a female in a power position who isn’t taking on a male mentality, or conducting her speech or mannerisms in a masculine way.

Sarah Palin, however, is bringing a maternal element to her country. If you look at history, females have held powerful roles in many ancient societies, from native American cultures to the women of ancient Egypt.

The resistance to Sarah Palin shows we not be ready to have women in powerful roles yet, however, as women, however masculine they may be, begin to take on leadership roles, it’s evident a shift is taking place.
5.7
Score
Popularity
Activity
Freshness
Get Better and Faster

Hunting Your Own Meals
The Sarah Palin Diet