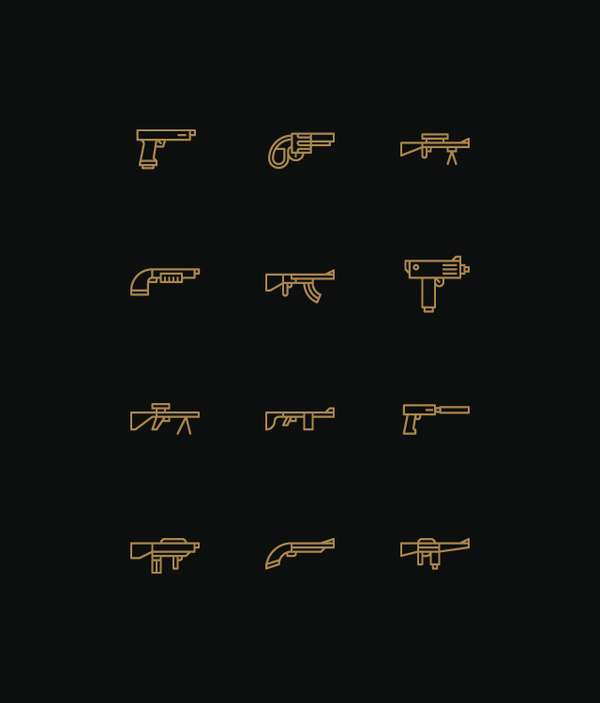 Jason Soy — January 12, 2012 — Art & Design
References: timboelaars.nl & bldgwlf
Share on Facebook Share on Twitter Share on LinkedIn Share on Pinterest
If simplicity is indeed sophistication, then these Tim Boelaars icon charts are among some of the most intelligent artworks ever created. Using gold paint on top of a black background, Boelaars crafts clever pictograms representing a variety of things such as transportation, the great outdoors, guns, furniture and even women’s garments.

The brilliance in these Tim Boelaars icons is that they’re simple, yet detailed enough to be individualistic and discernable to their real-life counterparts. Many of these symbols can easily be used in airports, on clothing and in workplaces in order to clarify things. After all, pictures are more universal a language than actual spoken communication.

Tim Boelaars is a designer and illustrator based in Amsterdam. Many of his creations feature a similar minimalist, yet witty style to conveying ideas.
3.1
Score
Popularity
Activity
Freshness
View Innovation Webinars