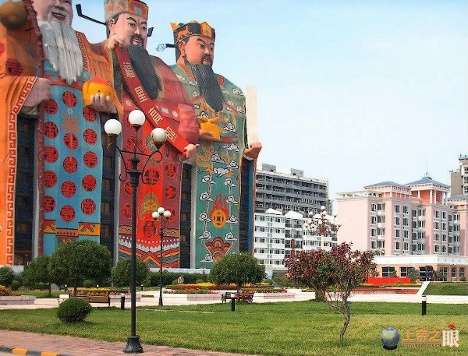 The iconic hotel, which is also known as The Emperor Hotel and Son of Heaven Hotel, is said to be the largest image building in the world.

Implications - The tourism industry is one that is rapidly expanding as major hotel moguls continue to invade even the most unexpected nations for the sake of expanding this domain. Hotels that are uniquely exquisite in their architecture and features serve as tourist attractions in and of themselves. Moreover, hotels that incorporate modern chic concepts and decorative ideas that are consistent with the cultural traditions of the countries that house them attract the most traveler attention in this increasingly competitive industry.
4.1
Score
Popularity
Activity
Freshness
Get Better and Faster

Desert Skyscraper Hotels
The Stone Towers in Cairo, Egypt by Zaha Hadid Are a Cool Oasis