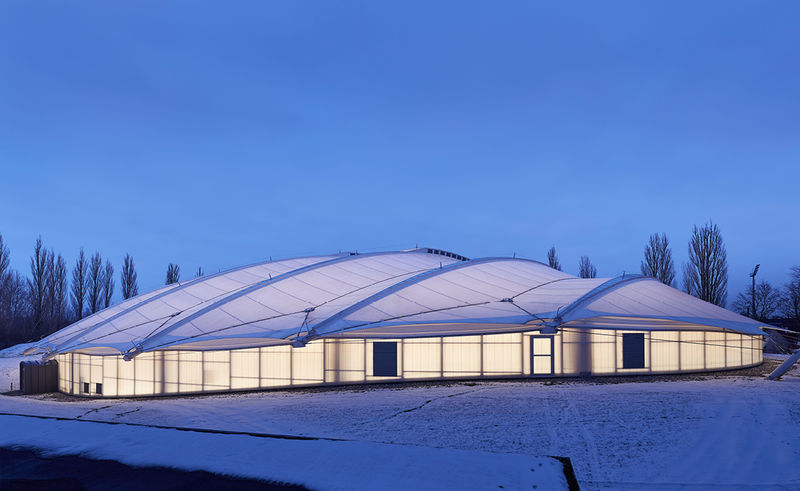 Thorvald Ellegaard Arena Has a Roof Like a Reptilian Shell

Joey Haar — May 16, 2017 — Lifestyle
References: archdaily
Share on Facebook Share on Twitter Share on LinkedIn Share on Pinterest
Mikkelsen Arkitekter, the studio behind Thorvald Ellegaard Arena, seems to have taken inspiration from the famous fable of the tortoise and the hare. Though the arena is designed primarily for track cycling, one of the fastest human-powered sports in the summer Olympics, its exterior is distinctly reminiscent of a tortoise's shell -- a constant reminder of the philosophy that slowness and steadiness tend to prevail.

Thorvald Ellegaard Arena's roof is covered by an industrial white tarpaulin that is supported by metal struts running the width of the building. This skeletal form is what creates the segmented look of a reptile's shell.

On the interior, the arena has a professional cycling track for both practice and official races. It also hosts space for other athletics, including a running track, a pole vault bar, and a long jump pit.
1.4
Score
Popularity
Activity
Freshness
Access Advisory Services