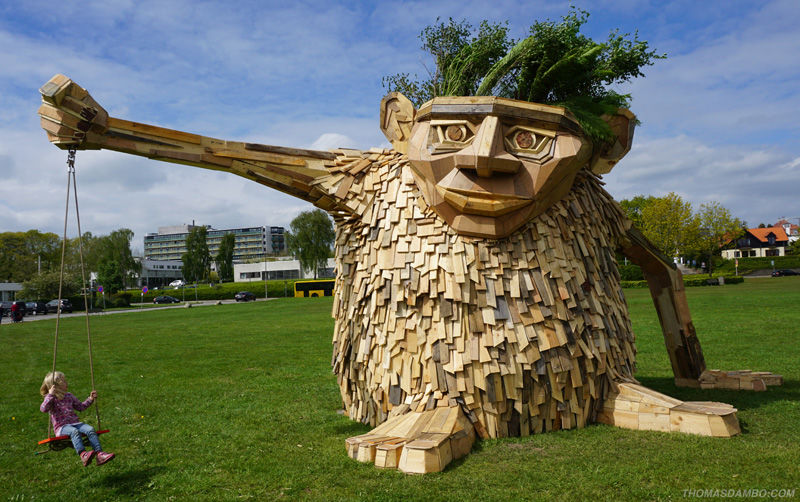 Meghan Young — July 10, 2015 — Art & Design
References: thomasdambo & contemporist
Share on Facebook Share on Twitter Share on LinkedIn Share on Pinterest
As though straight out of Maurice Sendak's book, Where the Wild Things Are, Thomas Dambo has created a large wood sculpture that takes the form of a mythical and whimsical monster. Dubbed Troels The Troll, its a trollish character that some may find themselves frightened over yet most will simply find adorable. After all, Thomas Dambo has given it a harmless attitude.

Troels The Troll simply sits on the ground while it holds a swing people can actually use. The Contemporist reports, "'Troels The Troll' is a recycle sculpture, Thomas Dambo made for the city of Horsens as part of their 'Feel Horsens' campaign, to renew the city in an artistic and playful way." The five meters tall sculpture can be found sitting in Horsens, Denmark.
2.7
Score
Popularity
Activity
Freshness
Get Trend Hunter Dashboard