Most Fans Paid NOTHING for Radiohead Album (UPDATE) 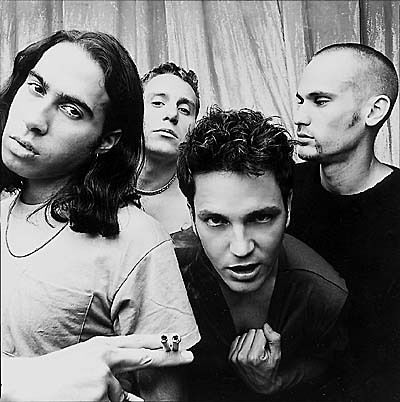 Using the Indaba music collaboration site, fans can watch Third Eye Blind recording tracks for Ursa Major in the studio. After all the components for a song have been recorded, fans can mix and remix tracks.

According to Wired.com, Third Eye Blind's idea for Ursa Major may be the first time a band plans to intentionally leak the components that make up an album in advance of its release.

As soon as Third Eye Blind finishes tracking a song for Ursa Major, they'll put the stems up. For each set of stems, there will be a contest for user-submitted mixes and remixes. The winners will be featured on an Ursa Major companion compilation alongside Third Eye Blind's final cuts.
2
Score
Popularity
Activity
Freshness