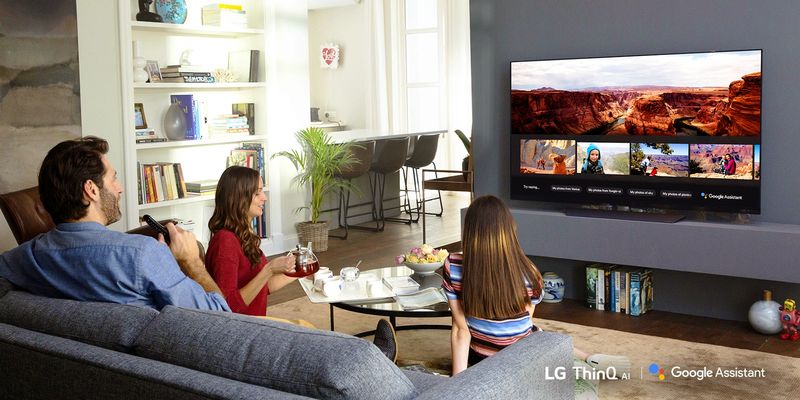 The 2018 LG ThinQ AI TVs Have Google Assistant Built In

Joey Haar — May 8, 2018 — Tech
References: lgnewsroom & androidcentral
Television is one of the areas most ripe for smart home connectivity, as there are so many different commands and potential features that the common devices can offer, and the new LG TV lineup with ThinQ AI technology unlocks all that latent capability. The new televisions all come standard with Google Assistant, meaning that they both synchronize with consumers' preexisting Google accounts and also offer the best in voice control tech.

LG's ThinQ AI manages the TV-specific tasks that consumers will deal with when using their devices: things like raising and lowering the volume, discovering and playing content, and adjusting various settings. The inclusion of Google Assistant adds broader lifestyle usage directly within one's television, so consumers can also set tasks for themselves. If a commercial makes you remember that you need to go shopping for produce (or, more likely, order in a pizza), Google Assistant is a call away.