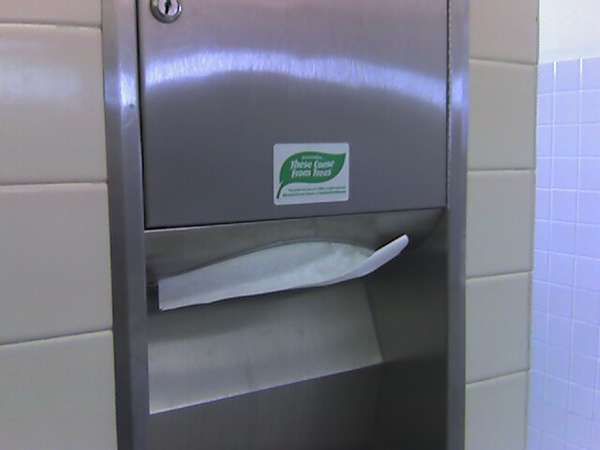 "These Come from Trees" Stickers

The project features stickers on paper towel dispensers in public washrooms. The lightbulb moment for the project designer, Pete Kazanjy, was when he was in a fast-food restaurant. Napkins were on free supply, and customers were taking more than they needed and discarding them unused.

After some rough and ready research, Pete reckons that each sticker can save a tree annually (around 100lbs of paper). The project’s blog has some pretty impressive examples of adoption of the idea by facilities managers and large companies and institutions, but makes the point that it's the spreading of the word by individuals placing stickers in public places that is really having an impact.

So far more than 50,000 stickers have been distributed. If they’ve all made their way onto dispensers, that’s a pretty big number of trees still standing.