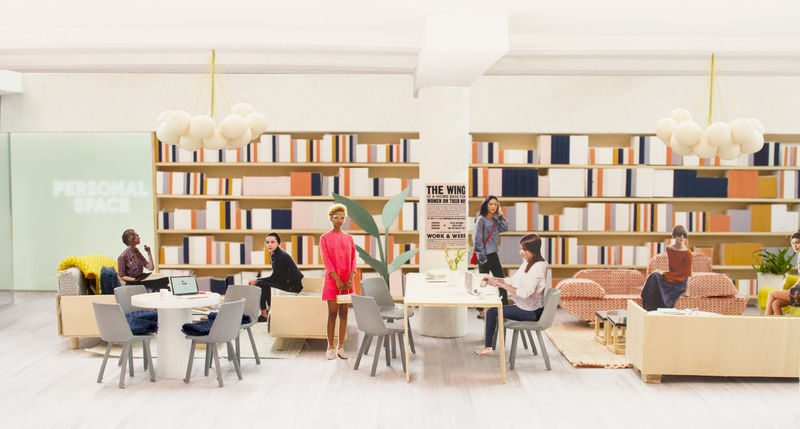 Amie Wilde — October 12, 2016 — Lifestyle
References: the-wing
Share on Facebook Share on Twitter Share on LinkedIn Share on Pinterest
A women’s club founded by Audrey Gelman and Lauren Kassan, The Wing, opens soon in New York City on “Ladies Mile." Inspired by the women’s movement of the 19th and 20th centuries, it's a modern women’s club, "a sacred space where you can work, get to inbox zero, shower, get a blow-out, store your stuff, take a conference call, make a new friend, or even stage a small coup. All in one place."

The concept takes a traditionally male idea of a club and creates a 21st century women’s version. The Wing has many aspects of co-working spaces like community, work space, conference rooms and Wi-Fi. However, its design is specifically for women and it’s not about a space "to work." It’s about a space to connect, build relationships and get your needs met as a busy woman from food and technology to beauty and mom services.

In the big picture, values are shifting. Women are rising and supporting each other. The desire for a space and a community centered around sisterhood where the sisters are each making things happen.
5.9
Score
Popularity
Activity
Freshness
Access Advisory Services