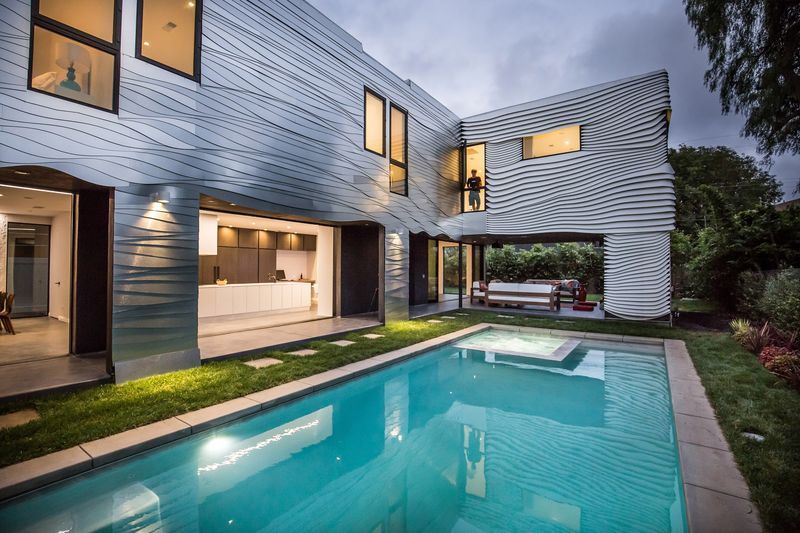 Joey Haar — November 9, 2016 — Art & Design
References: marioromano & dezeen
Share on Facebook Share on Twitter Share on LinkedIn Share on Pinterest
'The Wave House,' a design by architect Mario Romano, makes reference to the home's location through its facade. The house is in Venice Beach, a posh, beachside neighborhood of metropolitan Los Angeles and its hypnotic metal facade references the nearby surf.

By far the most notable aspect of The Wave House is its aluminum facade. Composed of overlapping strips of the metal, the undulating patterns were created through the use of digital tools (though, ironically, the end result is one that mimics nature.) An impressive aspect of the facade is that, despite the illusion of three dimensionality, each aluminum panel is flat -- only their edges are carved into swooping curves.

The interior of The Wave House also references this notable facade, with floors and walls that are a toned-down version of the design.
3
Score
Popularity
Activity
Freshness
Jeremy Gutsche Keynote Speaker