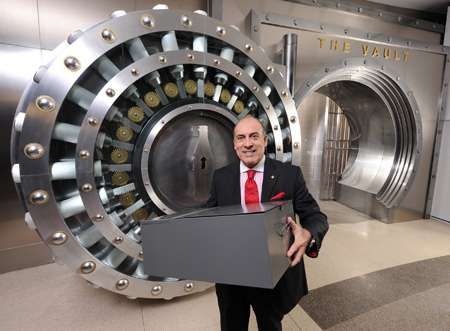 'The Vault of the Secret Formula' Shares Coke's Rich History

Katherinev123 — December 11, 2011 — Marketing
References: worldofcoca-cola & popsop
Share on Facebook Share on Twitter Share on LinkedIn Share on Pinterest
I'm sure everyone would like to know what exactly is in Coca-Cola, but the brand isn't about to spill the beans on its 125-year-old recipe. It is, however, letting you get closer to the formula with the Vault of the Secret Formula exhibit. While this exhibit lets you experience the brand's history on the top secret drink formula, you will not get to actually find out what that formula is.

The Vault of the Secret Formula will be launched in celebration of Coca-Cola's 125th anniversary. Recently, the brand moved its secret formula to the World of Coca-Cola from its previous location at SunTrust Bank in Atlanta, says Popsop. At the World of Coca-Cola, a complete interactive experience awaits you, including a Secret Formula 4D Theater, a Pop Culture Gallery and a Taste It! center that lets you sample over 60 different Coca-Cola drinks from around the world.
2.1
Score
Popularity
Activity
Freshness
View Innovation Webinars