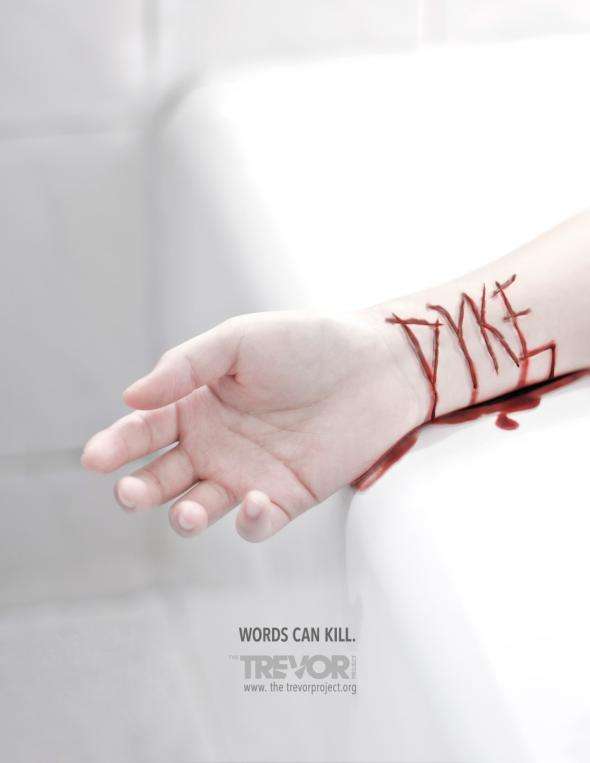 The Trevor Project Campaign is Aimed at LGBTQ Youth

Leslie Chen — July 25, 2013 — Marketing
References: thetrevorproject.org & adsoftheworld
These ads for The Trevor Project are a powerful collection of images that will definitely make you stop and think.

Coming from Miami Ad School in San Francisco, the campaign promotes the focus behind The Trevor Project, an organization focused on suicide prevention in the LGBTQ youth community. While all of the images are equally thought-provoking and shocking, I think the most impactful ad of the series is the one of a slit wrist illustrating a commonly used derogatory term. The concept and copy behind this campaign is "words can kill," an entirely true statement that most people tend to forget.

The Trevor Project ads remind everyone that words can kill, but the campaign simultaneously proves that choosing your words can prevent suicide as well.
6.5
Score
Popularity
Activity
Freshness