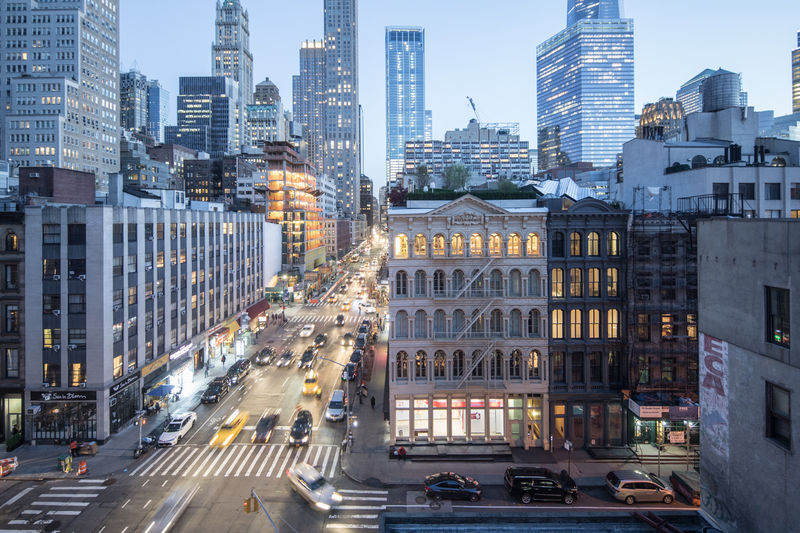 WORKac Designed 'The Stealth Building' With a Hidden Penthouse

Joey Haar — June 12, 2018 — Art & Design
References: archdaily
Share on Facebook Share on Twitter Share on LinkedIn Share on Pinterest
As 'The Stealth Building' suggests by name alone, it looks like a classic, cast-iron apartment building in Lower Manhattan -- one of the scores that line the area's historic streets. However, the building, which was restored and renovated by WORKac, offers much more than meets the eye, both on the exterior and the interior.

The Stealth Building's most striking feature is the rooftop penthouse. Perhaps inspired by the angular appearance of the stealth bombers used in military combat, the penthouse has a crystalline shape composed of long, corrugated sheets of metal. This hidden feature is not visible from the ground, however, and that gives the penthouse an air of mystery and surprise for those who make it up to the roof of The Stealth Building and see it firsthand.