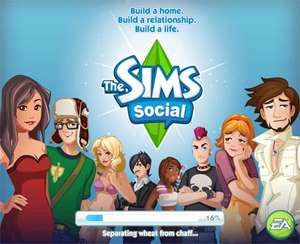 Before the widespread acceptance of Internet connectivity in gaming, EA's The Sims was among the best selling video games ever, with more than 140 million purchases across the franchise. Now that the Internet shares a symbiotic link with gaming, however, games like FarmVille and FronteirVille have claimed the spotlight. Not for long, according to Electronic Arts, which has just launched The Sims Social as the company's long-awaited counterattack.

Five million Facebook users have already joined the free-to-play game within the last week, and they show no sign of slowing down. Yet, despite being free, The Sims Social will bring EA considerable revenue via micro-transactions and in-game purchases.
1.9
Score
Popularity
Activity
Freshness
Get the 2023 Trend Report FREE