Sleep Walking Self Portraits
Next
Set of
Related
Ideas 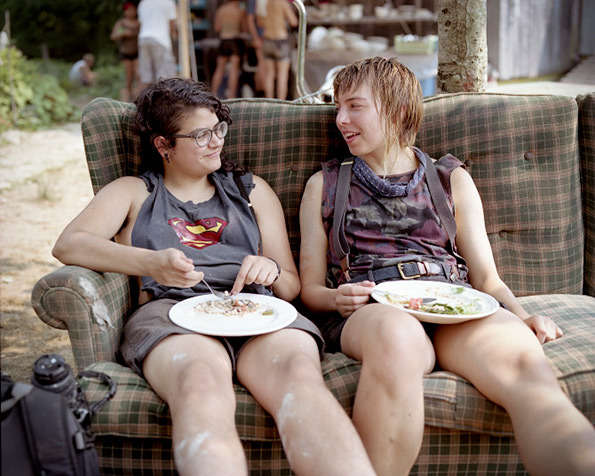 The Outliers by Elle Perez Captures Hard-Hitting and Honest Images

Meghan Young — April 2, 2013 — Fashion
References: elleperez & itsnicethat
Share on Facebook Share on Twitter Share on LinkedIn Share on Pinterest
The Outliers: Regarding the Space(s) between Genders is a photo series that captures the beautiful diversity that makes up America's gay community. From butch females to feminine men and everyone in between, the images both reinforce and debunk strongly held stereotypes and beliefs about this culture.

Shot by Elle Perez, a photographer based in the Bronx, New York, who gained attention with captures of 'ghettopunk' life in the neighborhood, The Outliers: Regarding the Space(s) between Genders photo series has a approachable rawness to them that makes it feel like a person is perusing images of friends.

At once hard-hitting and honest, The Outliers: Regarding the Space(s) between Genders photo series does have a hint of rebellion, which could very well hark back to Perez's days of shooting the streets at the tender age of 14.
4.7
Score
Popularity
Activity
Freshness
Attend Future Festival Virtual