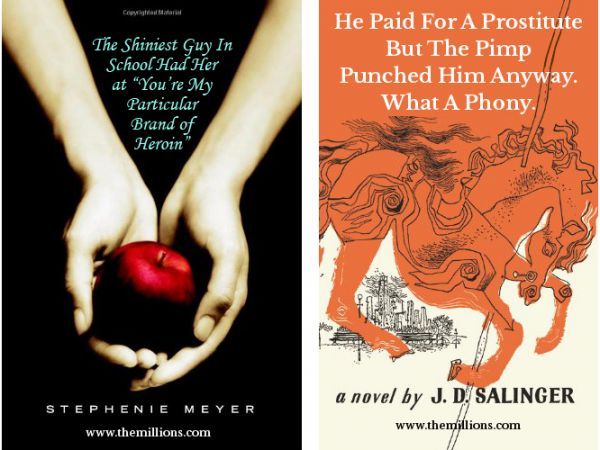 The Millions Book Title Series Focuses on Getting More Clicks

Meghan Young — January 29, 2014 — Pop Culture
References: themillions & neatorama
Share on Facebook Share on Twitter Share on LinkedIn Share on Pinterest
Upworthy, a website set on making important news viral, has greatly influenced the way people write their headlines for their own website and social media accounts; The Millions Book Title series takes their style to a whole other playing field by applying them to popular novels. For instance, In place of 'Lolita,' it puts "Some Guy With Two First Names Proves That “Nymphet” Is The Grossest Word In English."

Thought up by Nick Moran and Janet Potter, they ask, "What if books were whorishly titled, optimizing our search engines rather than our imaginations, rather than leaving us to discover who Oliver Twist was or who was proud and who was prejudiced?" The Millions Book Title series is the provocative answer.
5.7
Score
Popularity
Activity
Freshness
Get Trend Hunter Dashboard