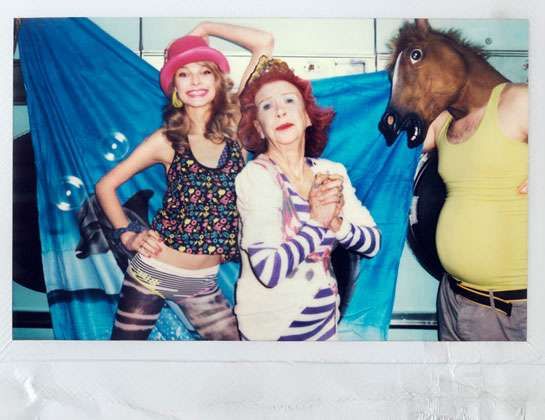 Meghan Young — December 6, 2011 — Fashion
References: lukaszzietek & lifelounge.au
Share on Facebook Share on Twitter Share on LinkedIn Share on Pinterest
If doing one's laundry was always a party, as depicted in The Laundrette photo series, then people would probably not whine and complain so much about this particular chore. Of course, eccentric encounters aside, a visit to the local laundromat is not usually this eventful, unfortunately.

Shot by photographer Lukasz Zietek, The Laundrette photo series shows off his quirkier side. Zietek has shot fashion editorials, campaigns for companies such as Nike and even taken the occasional celebrity portrait, but The Laundrette series is something else entirely. Starring a couple of hoodlums, an odd older lady and a powerless piglet, it is raunchy, playful and full of energy. Not to mention it is colorful explosion as well.
3.4
Score
Popularity
Activity
Freshness
View Innovation Webinars

Spine-Twisting Photography
The Elizaveta Porodina Photos are Dreamy and Surreal