Bidding $1000 For Nothing
Next
Set of
Related
Ideas 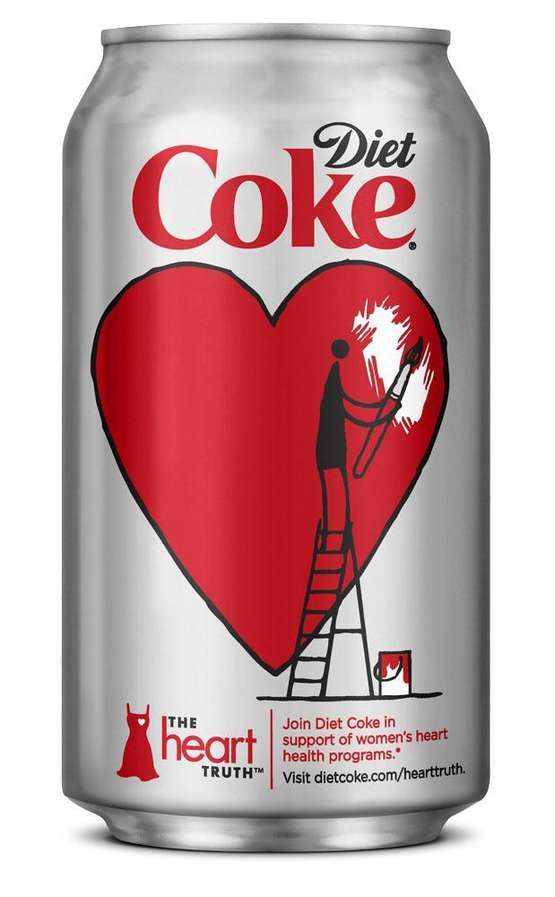 Katherinev123 — February 7, 2012 — Lifestyle
References: dietcoke & sassisamblog
Share on Facebook Share on Twitter Share on LinkedIn Share on Pinterest
'The Heart Truth' campaign is a national awareness campaign sponsored by the National Heart, Lung, and Blood Institute (NHLBI) that aims to get more women to protect their hearts and consider their heart health. For the fifth year, Diet Coke is actively participating in the campaign and has teamed up with fashion designer Diane von Furstenberg, as well as actress Minka Kelly, to raise awareness of the issue.

As The Heart Truth's dedicated site states, heart disease is the number one killer of American women. To raise awareness, Diet Coke has released a limited edition set of Diet Coke aluminum bottles designed by Diane von Furstenberg that will be sold at select DVF stores in New York City as well as the designer's online boutique.

The Heart Truth's symbol is the Red Dress, and Furstenberg has also designed a custom Red Dress that will be worn by Minka Kelly at the Red Dress Collection Fashion Show at the beginning of New York Fashion Week.
3
Score
Popularity
Activity
Freshness
Get Trend Hunter Dashboard