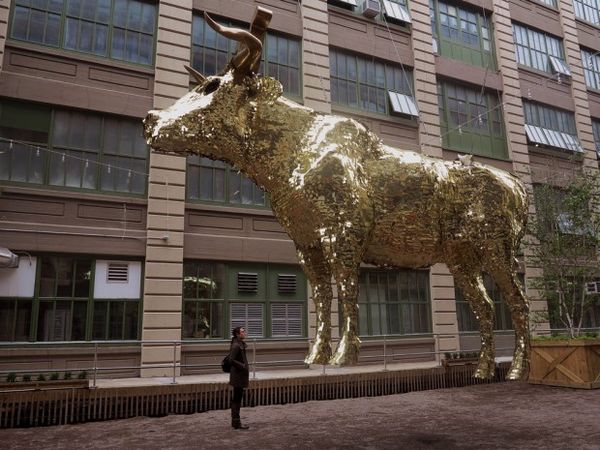 Inspired by his South American culture, this designer's celebratory art installation takes him back to his childhood days when pinatas were hung during birthday celebrations.

The Giant Pinata will be on display in Industry City, Brooklyn until Tuesday May 20th when it is scheduled to be smashed at 5pm. The gold-accented piece is designed to resemble a bull and is hung between buildings. The suspended sculpture invites young designers to grab sticks and have a go at the bull this coming Tuesday.

Despite of its childlike concept, the installation has gained controversy for its religious connotations to the Gold Calf in the Bible as well as its resemblance to the Wall Street Bull. Moreover, Sebastian Errazuriz' piece will be filled with dollar bills instead of candy, a symbolic design decision that challenges capitalism in America.
2.2
Score
Popularity
Activity
Freshness
View Innovation Webinars