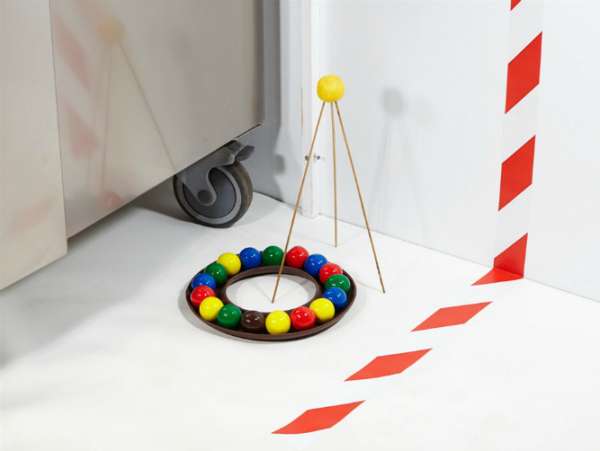 Meghan Young — April 18, 2013 — Fashion
References: mart.trento.it & trendland
The Foodist Manifesto photo series takes food photography to a whole new surreal level. The photographer behind the light-hearted photoshoot reveals, "I wanted to create a set of images that’s pitched somewhere between a test kitchen and a science lab. With a bit of a mad-scientist twist.” Well, he certainly succeeded in doing that.

A collaborative effort between Martí Guixé, Alexis Georgacopoulos, Peter Marigold and photographer Daniel Stier, who locked themselves up inside the Museo d’Arte Moderna e Contemporaranea di Trento e Rovereto (MART), The Foodist Manifesto photo series is comprised of everything from dissected chocolate skulls to a loaf of bread with a mind of its own and a sliced paper apple. It's certainly a crazy kitchen.
4
Score
Popularity
Activity
Freshness