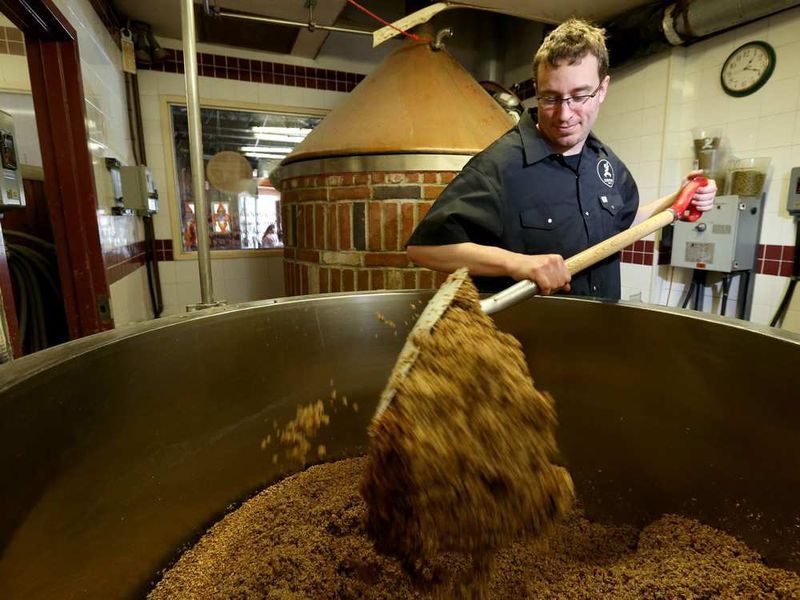 'The Final Frontier' is a Craft Beer Inspired by Star Trek

Katherine Pendrill — April 13, 2016 — Pop Culture
References: clocktower & ottawacitizen
Share on Facebook Share on Twitter Share on LinkedIn Share on Pinterest
The Clocktower Brew Pub in Ottawa, Ontario, has created a beer called 'The Final Frontier' that pays tribute to Star Trek. Sure to appeal to Trekkies everywhere, this craft brew provides a clever way to celebrate the legacy of the iconic sci-fi series.

The Final Frontier is a craft brew made in a style called Kentucky Common, which is a slightly sweet amber ale largely found in the Southern US. The beer is brewed with an ingredient called triticale, which is a hybrid grain made from rye and wheat. The beer even comes with a story to accompany its upcoming launch. As brewery manager Patrick Fiori explains, triticale will be genetically modified sometime in the future to become 'quadrotriticale,' which is the substance eaten by Tribbles in the 1967 Star Trek episode "The Trouble With Tribbles."

For those interested in sampling the intergalactic brew, The Final Frontier will be available at this year's Ottawa Comiccon.
2.9
Score
Popularity
Activity
Freshness
Attend Future Festival