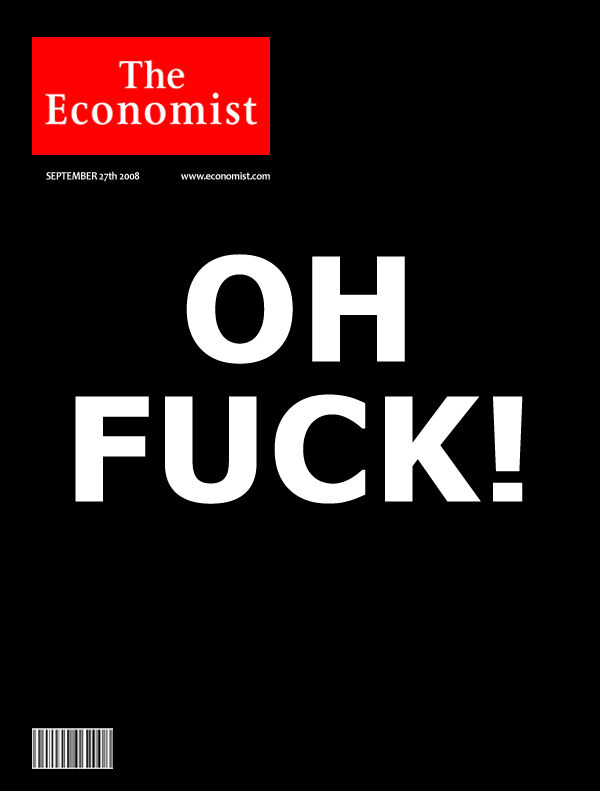 That would be a shocking cover, but chances are, a lot of people might actually see it as justifiable in the turbulence of the financial crisis. Essentially, it sums up the state of the American economy in the wake of the credit crunch really well.

Hypothetically, would using profanity like this be OK for a major, much-respected business magazine? Would The Economist lose credibility in people’s eyes for doing this, or would they suddenly appeal to a new demographic?