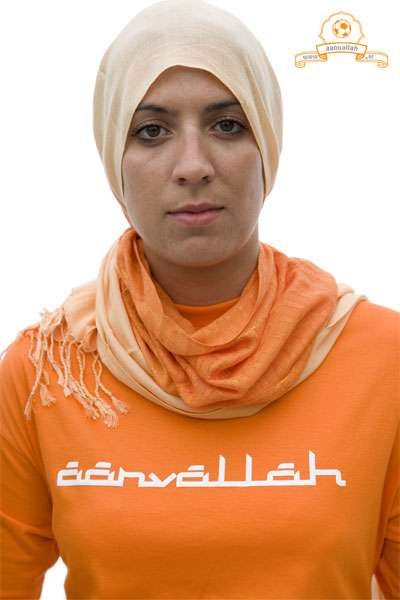 
Combine the three, and you'll understand why Tjebbe launched this T-Shirt just in time for the 2008 European Football (Soccer for our American friends) Championships.

Tjebbe initiated this media project to get Muslims united with the Dutch soccer team, and Dutch people to bond with their neighbors.

The statement in AanvAllah is that the usual war cry from the Dutch Football (Soccer) supporters is "Aanvallen" or more vernacular "Aanvalluh". Tjebbe connects this war cry with Allah.

We will wait and see what happens.

It will be a long hot summer.
4.1
Score
Popularity
Activity
Freshness
Get the 2023 Trend Report FREE