Blinged Out Trophy Watches
Next
Set of
Related
Ideas 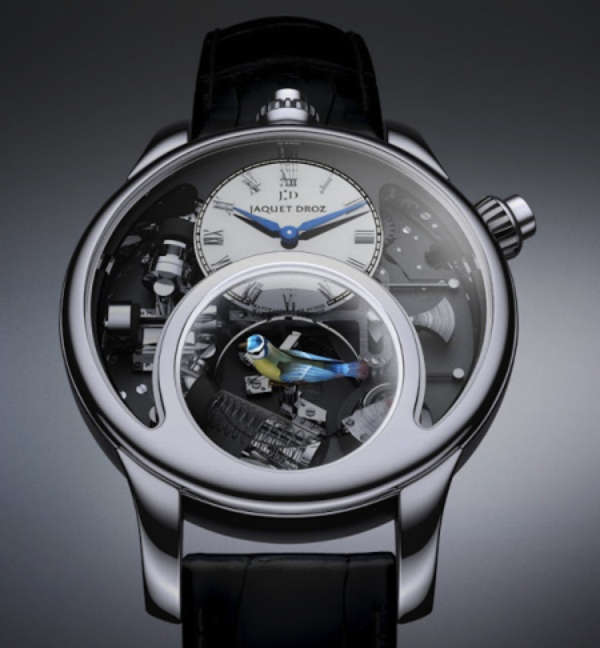 Well known watch maker Jaquet Droz needed to do something incredible in order to commemorate its 275th anniversary, and the company outdid themselves. There will only be 28 pieces made worldwide, and there is a staggering $500,000 price tag that accompanies the watch.

The aesthetic is incredible, and taking inspiration from its name, the watch has a bird in it. Every time you press the time button, the bird will tweet a little song and it will also happily flap its wings. The color on the bird pops out against the silver and black of the rest of the watch. The Charming Bird has a classic band and a clear face with a small clock inside.

This watch is an example of true luxury, and wearing this timepiece will definitely be a statement accessory.
6.7
Score
Popularity
Activity
Freshness
View Innovation Webinars